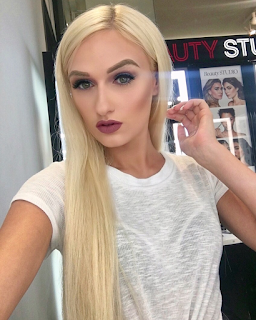 These days being an all around superstar is a full-time job. But there is one person who makes it work for herself: model, actor and social influencer Khrystyna. She is the new self-made, multi-faceted it girl of 2019. Best known for her extensive work on various modeling campaigns, including Fashion Nova, Rebellious Fashion UK and Santorini Dresses, as well as her appearances in music videos such as Nervo's "Forever or Nothing," and Chris Brown's "Grass Ain't Greener," (which has garnered over 75 million views). Khrystyna is a true hustler whose name will be on everyone's lips this coming year. 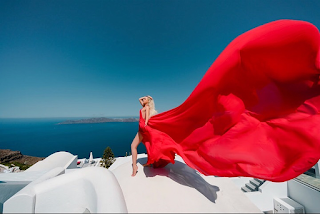 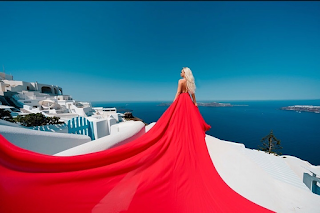 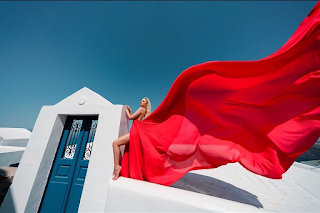 After being born in Lviv, Ukraine and then moving to Dublin, Ireland at 9 years old when her father passed away, she became rooted in the film industry at a very young age. Dancing since she was 9 years old, Khrystyna began performing and acting at the Olympia Theater. She has always had the strong drive to succeed. She began her modeling career at age 16 and was featured in many fashion magazines, as well as online publications. Having brains as well as beauty, she attended the National Performing Arts School, and later obtained her BA in Film & Media at the Dublin Business School. Then she moved to LA in 2016 to pursue a career in the entertainment industry. Khrystyna was quickly booked as a CIROC model for the Diddy Bad Boy Reunion Tour and has since booked jobs on music videos. She has been part of countless runway shows for many designers and has also collaborated with Fashion Nova and Bellami Hair, to name a few. With plans to further expand her brand by working with major labels and brands, while crossing over into acting, she has already participated in the following star studded projects: THE LAST WIZARD and ALL STAR WEEKEND (Jamie Foxx, Eva Longoria, Robert Downey Jr., & Benecio Del Toro). When Khrystyna isn't busy in front of the camera, walking down runways, or growing her almost 100K followers, she is continuously working towards being able to give back to local charities and by acting as a role model to other women who are also looking to break into the entertainment/fashion/modeling world. 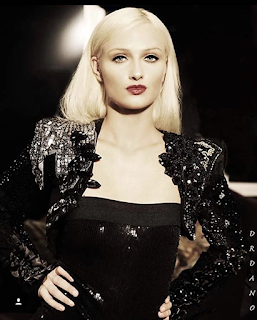 I interviewed Khrystyna and asked her a few pointed questions about her life, modeling and what will be coming her way in the next few years. She was very honest, forthright and insightful.

I was always modelling part time but fully committed to it about 3 years ago when I started my Instagram and it took off from there. Social media has been an amazing platform for me to grow my brand!

I want to educate myself with acting and this is why I am taking classes at the moment and preparing myself. Everyone talks about working hard but it is also important to research and educate yourself before you get yourself involved into something such as acting.

This is a very difficult question to answer. But I would like to see myself successful and happy. That’s what is most important to me.

I have done a lot of work with modelling on the commercial side and traditional media side as well as the new digital era of modelling. I loved been a lead model in a commercial for The Shops at Dos Lagos Shopping Centre in Corona I thought it was so much fun and the crew were really nice and accommodating.

I think that it’s important to be yourself and show your personality because I think personality goes a long way and that is what helped me. Do not take rejection personally and just accept that these things can happen but do not let this stop you from doing what you love. Be consistent with whatever you decide to do. Life without a plan is just a wish.

Yes, I decided firstly to get a degree to help me educate myself further in the entertainment industry and to be honest, it did help me out a lot. Now I want to concentrate on modelling and getting into acting. In the near future when I have even more experience, I will definitely put my other skills in use and possibly get into producing in tv or film.

I think it is a natural transition for models to move to acting. They have been acting all of their careers. I believe with the help of social media right now it is much easier for people to get discovered compared from how it used to me when it comes to modelling. When it comes to acting, I do think that we are all actors in life with our stories having not been heard yet. I see acting as a form of art and something that is very therapeutic. It may be true that a lot of models and actors have started out when they were young, but age does not define us as a person or our skill level. I believe once you are passionate about something and you are planning to put in the work and educate and research on what you would love to do, you will be successful. You can do what you put your mind to regardless of the situation you are in. You have to fight for what you want. You have to fall before you rise up. You have to take risks in life and continue to fight.

Marie Papachatzis
I Am THE Makeup Junkie
Follow Me On Instagram:iamthemakeupjunkie