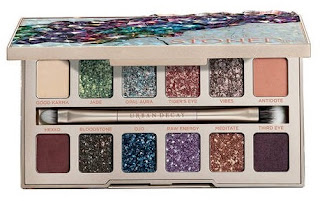 For autumn Urban Decay came out with a brand new eyeshadow palette called Stoned Vibes. This vegan palette contains 12 all-new crystal infused shades to block bad vibes and elevate your look. I was lucky enough to try it out and here is my review.

What makes this palette supposedly so great? The mood-shifting shimmery shades infused with genuine tourmaline to block bad energy and elevate your look. Get a restorative glow with an extra creamy, velvety texture without the fallout. And manifest it alli with this gorgeous palette. It contains four beautiful new grounded matte shades and eight creamy prismatic shimmers. Each of the shimmers has a stone-like speckled appearance that were designed to give off good energy and deliver shimmering color payoff. Plus, get playful with your fingertips for a powerful dose of color or use the included double-ended vegan and cruelty-free brush. Great for getting Stoned on the go! 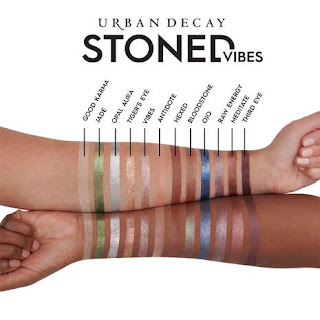 Now MY swatches below: 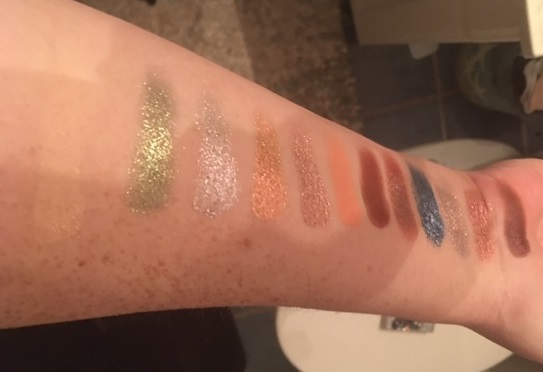 To use: build up color payoff by applying the marbleized shimmer shades with your finger. Start your look with the matte shades to create allover color, contour and shape. Mist your brush with All Nighter Makeup Setting Spray before dipping into shadow for a foiled wet-look finish. Use the fluffy end of the brush to diffuse and blend matte shades for a seamless application. Use the corresponding Stoned Vibes 24/7 Eye Pencils as a shadow base for ultra-vibrant finishes.

The palette packaging itself is gorgeous. Upon looking at it one thinks this is going to be something very special. Urban Decay usually doesn't disappoint on packaging. However, since they deviated from their original eyeshadow formula, I have been somewhat disappointed lately. And I will tell you why. L'Oréal purchased Urban Decay a few years ago and since then their quality has been going downhill quickly. They had an eyeshadow formula that was the best on the market. But, it is no longer the case. Their shadows are still quite good mind you, but their pigment system is not the same anymore. I find them to have a lot of fallout, not be as creamy, not as pigmented and somewhat chalky. There, I said it and I cannot take it back.

Here are two looks I did with the palette. I found the crystal eyeshadows to be VERY buttery and creamy. However, when applied to my eye, the foil effect did NOT look good on my older eyelids, even with Eyeshadow Primer Potion. I was slightly disappointed. The matte shades looked great. Should I stick with the mattes? No, because any other formula I have used that is shimmery I do not have a problem with. Just this one. So this palette is a slight pass for me. I hate to say it but I think this palette is best for younger eyes.

Look 1: Wearing Hexxed in the crease with Third Eye (also on lower lid), Raw Energy on the lid and Good Karma under the brow. On my lips in Vice lipstick in Vanity kills 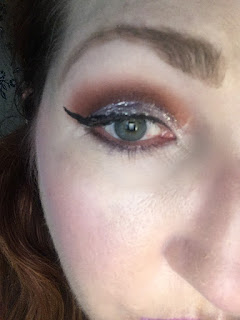 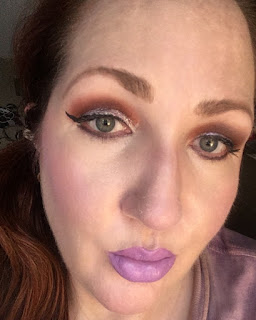 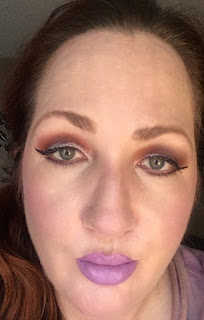 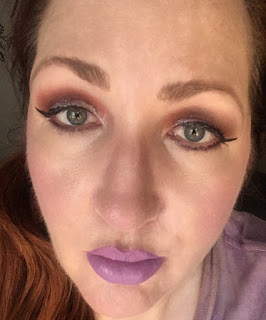 Look 2: Here I am wearing Third Eye in the crease, Opal Aura on the lid and lower lid Good Karma under the brow. 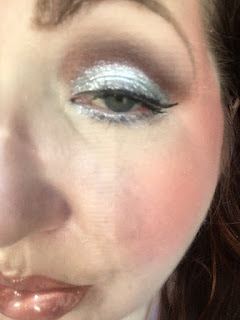 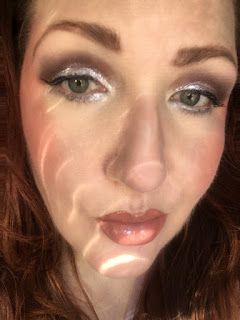 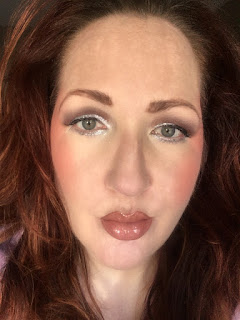 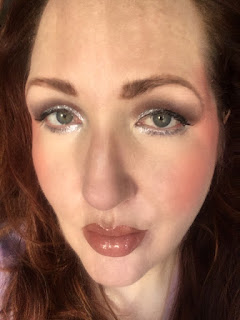 Overall I wish the palette looked better on my eyelids. I think that if I was younger it would. The eyeshadows themselves seem to have good pigment and are very creamy and buttery. Putting them on with your finger would be the best bet IMO. The only color that I found that did not have good pigment was Raw Energy. As you can see from my swatches, it lacks some oomph. There is some fallout with the matte shades, which differs greatly than their usual mattes, so much that I am disappointed in their texture but not pigmentation.

(This item was sent compliments of Urban Decay)